I recently spent a day at the Ninth Fort in Kaunas, Lithuania, where my mother’s favorite cousin, Jutte, was shot at age 16, along with her mother and 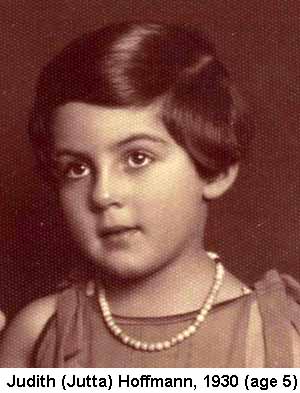 996 other Viennese Jews, on November 29, 1941. I wasn’t sure why I wanted to go there, but now I know – it was a powerful experience to be where I know a particular family member was killed, on a particular day.

And it made me angry, because so much of the Ninth Fort museum and the whole project of memorializing the history of genocide and terror in Lithuania is dedicated to keeping the hundreds of thousands of Jews killed here in the Nazi era from overshadowing the murders and terror visited on non-Jewish Lithuanians during the Soviet eras.

Two days earlier I visited the Museum of Genocide Victims in Vilnius, which dedicates one room to the genocide of the Lithuanian Jews and dozens to the oppression of Lithuanian non-Jews by the Soviets. (In response to years of protests, this museum has officially been renamed the Museum of Occupations and Freedom Fights, but all its signage still says the Museum of Genocide Victims.) In fairness, the museum is in a building that served for decades as a KGB prison, where thousands of Lithuanians were held, tortured, and in some cases killed. That story is real, and deserves to be commemorated. But…

…the use of the word “genocide,” and specifically the use of Jewish deaths in service of the narrative of non-Jewish Lithuanian suffering is striking. For example, the panel giving numbers of Lithuanians killed: First, during almost fifty years under the Soviets between 1940-1990: 20-25,000 “prisoners who died”; 28,000 “died in deportation”; 21,500 “Partisans and their supporters killed.” Then, during the four years of German occupation between 1941-44: “240,000 killed (including about 200,000 Jews).” In parenthesis.

Of course, it’s fair to argue that numbers are not the whole story – except, in the case of Jews, in this museum, numbers ARE the whole story. Not one Jewish Lithuanian is mentioned by name in the entire museum.

I’ve been thinking a lot about the power of naming since reading Ari Shavit’s book, “My Promised Land.” For those who don’t know it, it is a liberal Zionist’s exploration of Israeli history, which purports to fairly acknowledge the suffering of the Palestinians. But Shavit’s careful evenhandedness is consistently numeric and falls apart  at the level of naming and specificity. In a long chapter on the terrorist bombings and killings of the 1930s, he scrupulously notes that there were more Palestinians killed by Jewish terrorists than Jews killed by Palestinians – but the Jewish victims are consistently named, along with their ages and details about who they were and what they were doing when they were killed (walking home from a movie, tending an orchard, studying), while the Palestinian victims are just numbers, only a couple named, no ages provided. I’m guessing Shavit did this unconsciously, but that’s not a defense: on the contrary, it underscores the degree to which Jews, for him, are individual human beings, while Palestinians are not.

After reading that book I started paying closer attention to when historical narratives include names, ages, photographs, and details of individual victims and when they only give numbers. It is an interesting exercise, and often very revealing – it is now common to read US historical narratives that refer to the genocide of Native Americans, but how many mention any of the murdered Native Americans by name? 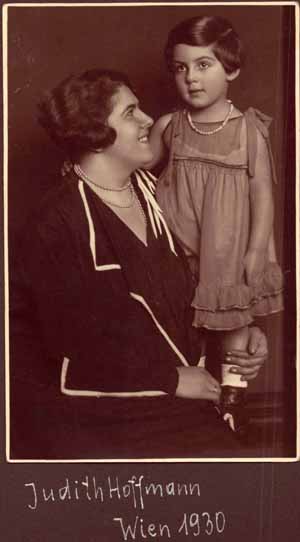 I came to Lithuania following the story of my mother’s younger cousin Jutte, bringing her picture and the story of how she got stuck in Vienna, and the number of the transport that brought her to Kaunas, and the date when the 998 Viennese Jews on that train were chased up the hill at the Ninth Fort, pushed into mass graves, and shot – or in some cases shot, then pushed into mass graves. I wondered if the museum might be interested in having a copy of the photograph of Jutte and her mother, Gustl.

Then I went through the museum at the entrance to the fort. The first section is a dramatic, full-room stained glass installation titled “Undefeated Lithuania.” Then we get the history of the first Soviet occupation, 1940-41, with photos and biographies of Lithuanians who were exiled or killed, and details about what happened to each of them. There is a panel on the “Priests’ Massacre in Budavone Forest,” showing the three priests who were killed. There is a panel on the “Massacre of Panevezys Physicians,” with names and photos of the four physicians who were tortured and killed. Then there are multiple panels on the deportations of Lithuanians during the second Soviet occupation, after 1944, with names, photos, and objects belonging to the victims, like the seven-string guitar V. Lapiusko brought with him to Siberia.

There is a display in this room about the Nazi period, with photographs of the Kaunas ghetto, yellow stars, and Jewish corpses. 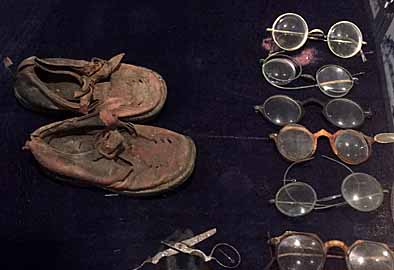 It gives the numbers of Lithuanian Jews killed, and displays personal items – eye glasses, shaving brushes, a pair of child’s shoes – found in the mass graves. It is a touching display. Not one Jew is named.

There are pictures from Nazi extermination camps outside Lithuania: Ravensbruck, Bergen-Belsen, and Auschwitz-Birkenau. The photos are horrifying, but identified only by camp, except for a display titled “Lithuanian intellectuals at Stutthof concentration camp,” which includes names, photos, and biographies of the title figures, and mentions that 85,000 people were killed there, including 1,100 Lithuanians.

The Nazi display also includes one document that suggests why a patriotic Lithuanian museum might have problems with this period, and might want to shift the discussion from local details to the broader German genocide. It is a typed report from a German officer on July 11, 1941, explaining that a ghetto has been established for the remaining Jews in Kovno (Kaunas). The accompanying label translates a key paragraph: “In Kovno a total of 7,800 have now been killed—a portion through the pogrom, a portion shot by Lithuanian commandos. All corpses have been disposed of. Continued mass shootings are no longer possible. Instead I explained to a committee of Jews that up to now, we have not had a reason to intervene in the internal conflicts between the Lithuanians and the Jews…” Unlike every other display in the room, this document is labeled and translated only in English – not in Lithuanian. 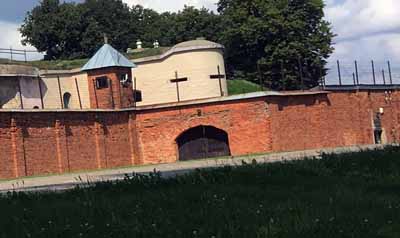 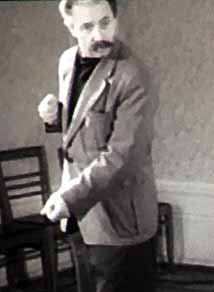 At the back of that room is a curtain, and if you go through there is a smaller room with a film showing the testimony of eight Lithuanian soldiers who were sentenced to death by the Soviet government in 1962 for participating in Nazi-organized massacres. One mimes standing at the edge of the mass graves and shooting down into the crowds of people, and explains how he would sell items he picked off the victims to buy a drink afterwards because “when you do such kind of thing you need to wet your whistle.”

I was in that section for fifteen minutes, and maybe two dozen people wandered through the first room, looked at the photos, looked at the quotations from Hitler, looked at the wall of names. Only a couple pulled back the curtain, and not one bothered to watch the film. I understand; there was a lot to see and watching a film takes time. Not one plaque or label anywhere else mentioned that Lithuanians were involved in any of the Nazi murders. I was taking note, because in the Vilnius genocide museum they use the same technique: the room on the Nazi period includes a video that mentions Lithuanian involvement in the murders, but you have to watch the video to get that information – the wall displays do not even hint at that possibility.

I’m not trying to make a point about the Lithuanians. I mentioned an Israeli historian above, and US historians. I’m making a point about how nationalists construct national narratives. Some are more subtle than others, but the process is pretty general. 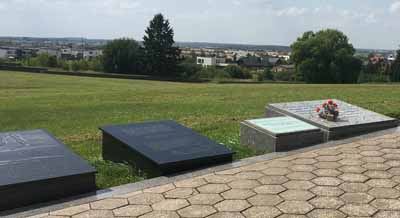 Which is true enough, in its way. The Ninth Fort museum even has

one photograph that, if you get close enough to read the minimal caption, turns out to show “the exhumation of remains of Soviet prisoners of war.” They aren’t denying that there were Soviet deaths in the Nazi period. If asked, I’m sure they would acknowledge that the Nazis killed millions of Soviet citizens, including some in Lithuania. That’s just not the story this museum is here to tell.

One of the most powerful ways of creating a unified us is by recalling the terrible things other people did to us, and how we survived and overcame those trials. That often requires a bit of creative amnesia, since other people often have their own horror stories in which we were the perpetrators. Some people just deny the ugly parts; some are more subtle and figure out ways to make them seem less ugly, or just less meaningful, or less visceral.

In the last few weeks I’ve visited Auschwitz and Majdanek, where far more people were killed than at the Ninth Fort, but neither of those visits hit me as hard as this one. Because this one is personal: I have the photo, the names, the dates, and my mother’s memory of her younger cousin and the crazy, sad story of how she ended up in Kaunas, and what happened to her here. I’m telling some of that story here, and will be writing more of it soon, because individual stories are powerful.

The people making these museums understand that. Their displays are full of individual heroes and martyrs. And, looked at another way, full of absences.

2 thoughts on “Look for the names…”