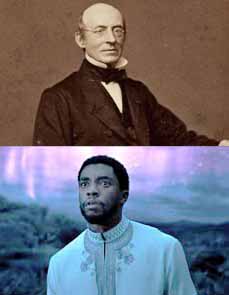 “If [you say] a nation has a right to keep out aliens, tell us how many people constitute a nation, and what geographical area they have a right to claim…. How few can justly own the earth, and deprive those who are landless of the right to life, liberty, and the pursuit of happiness?”
— William Lloyd Garrison, 1896

“The wise build bridges, while the foolish build barriers.”
— T’Challa, the Black Panther, 2018

This project began during the 2016 election cycle, when I got in a discussion about immigration and a friend responded to something I said by asking, with a mix of disbelief and irritation, “So what are you saying — that we should open the border and let everybody in?”

I’d never framed my views in quite those terms, but in a moment of blinding clarity I realized that yes, that was exactly what I was saying — not that it is going to happen tomorrow or would be simple to manage, but as a principle and a possibility. Far from being a necessity, the modern concept of national borders as barriers to individual movement is barely a hundred years old, and freedom of travel should seem particularly natural to anyone in the United States, which is notoriously not only a nation of immigrants, but a society in which people are constantly moving in search of better jobs, schools, housing, romantic connections, climates, or just because we aren’t satisfied in one place and want to try another.

So I started researching an “open borders” book. It’s a timely subject and a lot of good people are already exploring it, but I’m bothered by the way the argument is almost always framed in terms of “them” — stories of desperate people trapped in hellish situations, told to show why we should be letting Central Americans into the US, Africans into Europe, Syrian refugees, Palestinian refugees, Rohingya refugees… I agree with all of that, but it also feels distancing: as if the world is full of people who need our help, but they are different from us.

That is problematic for me in part because when I hear the word “refugee,” the first person I think of is my mother. She was forced to flee her home in Vienna at age fourteen to escape the Nazis, and continued to think of herself as a refugee until her death a year and a half ago at age 92. Her family was relatively fortunate: her father was a physician and made a good life in the United States, and all but one of her parents’ seven siblings and their families made it out of Austria. But they were scattered around the globe: to the US, the UK, New Zealand, Palestine, Shanghai — in short, to whichever countries they could reach that were willing to let them in.

Some people would frame that as a specifically Jewish story, but my mother vehemently did not. Her family were socialists , atheists, and internationalists, and the fact that they were classified by a  racist, nationalist government as part of a different, foreign race was, to

her, a symptom of that government’s insanity. She framed her experience in terms of of racism, nationalism, militarism, capitalism, and the overlapping systems that reciprocally reinforce those evils. My first book was a collaboration with her about the myths and threats of modern genetics, and her memories of the Nazis — along with the celebrated American and European scientists whose work laid the foundations for Nazi eugenics — was as fundamental to that project as her long career as a biologist.

My father was also the child of immigrants, my wife was raised between France and the United States, her mother was raised between France and Vietnam, and I left the United States at age eighteen and spent most of the next dozen years wandering the world as an itinerant musician (lots of stories about that in my Songobiography blog), then was a “world music” journalist, wrote a book on Mexican smuggling songs, became a dual national…

So part of this project is exploring my own migrant family and culture — “situating myself,” in the current academic jargon — which is an appropriate starting point for any history. Another part is trying to understand the evolution of the modern idea of borders,  the notion that moving across those abstract — but often ferociously enforced — lines is different from moving within them. If you’d asked me for 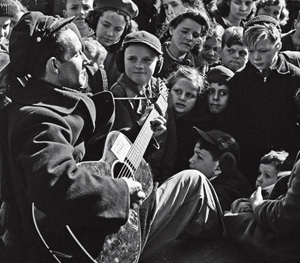 an example of a “refugee” when I was thirteen, I would probably have thought of my early hero Woody Guthrie and the Dust Bowl refugees, facing border police and discrimination as Okies in California. Finally, I am doing some traveling in the present, crossing borders and getting away from familiar settings, meeting people and talking with them about their lives and thoughts.

All of this is intended as research for a book, but I’m already more than a year into it with nothing solid on paper… so I decided to put some of the raw materials and early musings out in the world, get some feedback, pushback, and suggestions, and try to figure out where I’m headed. Hence this blog…